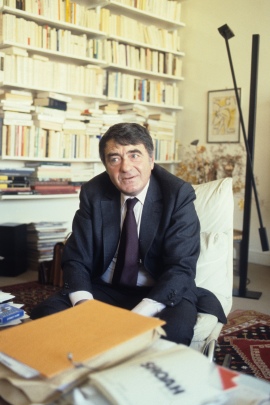 Outside it was burningly hot, the skies clear blue. But inside there was only darkness. For the next nine and a half hours, in the Jerusalem Cinematheque, they would sit, rapt and in silence, through Shoah, the film made by the French director Claude Lanzmann, which was already being garlanded by critics around the world as the greatest single film about the Holocaust and one of the very greatest documentaries in the history of cinema.

It was June 1986, eight months after the film’s release. Hushed audiences had sat spellbound at screenings in Paris and New York, but this June day was different. It was the first official showing of Lanzmann’s masterpiece in Israel, its premiere marked as all but a state occasion. Taking their seats at the Cinematheque, then a newly opened arthouse cinema facing the walls of the Old City, were Israel’s prime minister, Shimon Peres, along with the country’s president, chief rabbi and even the chief of staff of the military. A surging pack of press and cameras had greeted their arrival.

Less noticed as they made their way through the heaving crowd were the rest of the invited audience. Among them were several of those who appeared in the film: the survivors of the Nazi death camps, the resistance fighters, those who had witnessed the slaughter up close. They were in the room. Many had their children at their side.