László Nemes: ‘I didn’t want Son of Saul to tell the story of survival’ 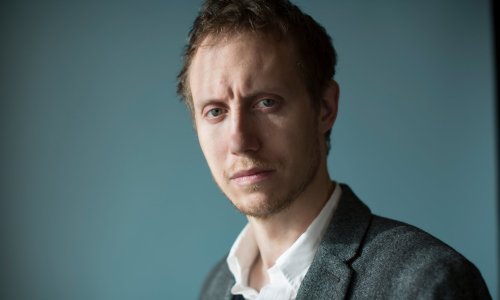 The Oscar-winning debut film has stunned audiences with its unflinching portrayal of Auschwitz victims. Here, the director explains why he wanted it to be a visceral, immersive experience that avoided the usual ‘safe road’ ending for viewers.

Immersive is a word normally associated with thrillride films such as Gravity or Lord of the Rings, or boutique costumed events such as Secret Cinema; it is not one that tends to be linked with cinematic descriptions of human misery at its most extreme. But that is how Hungarian film-maker László Nemes likes to refer to his Oscar-winning Holocaust picture Son of Saul, which penetrates to the heart of the grotesque killing machine of Auschwitz.

Nemes, 39, says he wanted Son of Saul, his first full-length feature film, to be a visceral experience and that he had “spent years experimenting with immersive strategies”; really, what he is talking about is Son of Saul’s extraordinary ability to evoke both the baleful dread inside the concentration camp, and the frenetic chaos of its extermination process. For virtually the entire film, the camera is rammed hard into the face of its protagonist Saul Ausländer (the surname, pointedly, means “alien” in German), with unspeakable cruelties largely enacted in blurred, out-of-focus sections of the frame, or just off-screen. The restricted perspective, Nemes says, was designed to reflect the fragmentary experience of the prisoners themselves. “The human experience within the camp was based on limitation and lack of information. No one could know or see that much. So how do you convey that?”