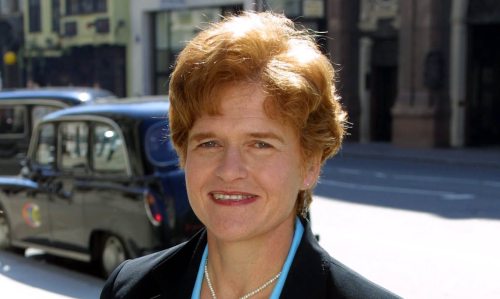 The internationally renowned historian Deborah Lipstadt, whose courtroom battle with Holocaust denier David Irving is the subject of the new film Denial, has accused President Donald Trump’s “innermost circle” of being guilty of “soft Holocaust denial” and the “de-Judaization” of the Nazi genocide.

Writing in the Atlantic, Lipstadt – a leading expert on the Nazi effort to wipe out Europe’s Jews – took aim at the Trump administration for its failure last Friday to mention Jews as the primary victims of the Holocaust.

“Holocaust denial is alive and well in the highest offices of the United States,” wrote Lipstadt. “It is being spread by those in President Trump’s innermost circle. It may have all started as a mistake by a new administration that is loath to admit it’s wrong.

“Conversely, it may be a conscious attempt by people with antisemitic sympathies to rewrite history,” she added. “Either way it is deeply disturbing.”

Lipstadt’s intervention came in amid an escalating row over the White House’s statement on Holocaust Memorial Day. On Monday, Trump’s press secretary, Sean Spicer, accused the media of a “pathetic” attempt to whip up controversy.

Filed under Holocaust in the news