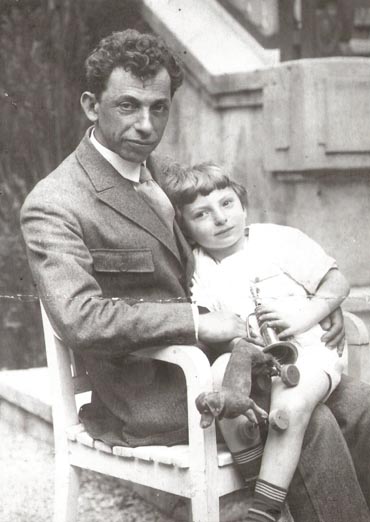 Arrested in 1949 on charges of “anti-Soviet crimes,” the great Yiddish author Dovid Bergelson was sentenced to death and executed by firing squad in 1952. Bergelson had fled the Soviet Union in 1921 for exile in Berlin, but in 1926 began to take a more pro-Soviet stance, arguing that the USSR was the best place for Yiddish culture to flourish, and he moved to Moscow in 1934.

[In the 1920s], Stalin’s effort to brainwash ethnic minorities involved the Soviet government’s financing of Yiddish-language schools, newspapers, theaters, and publishers, to the extent that there were even Yiddish literary critics who were salaried by the Soviet government. During World War II, Stalin used these loyal Jews to his advantage by creating a “Jewish Anti-Fascist Committee,” a group of Jewish celebrities, including Bergelson, tasked with drumming up money and support from American Jews for the Soviet war…