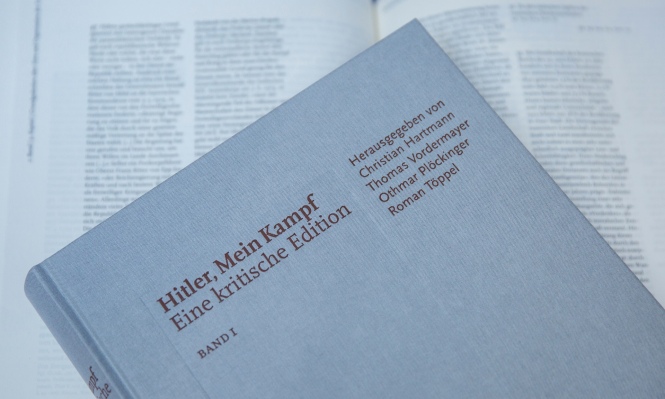 When a group of German historians started work, six years ago, on an annotated version of Hitler’s Mein Kampf with the aim of republishing the text after it was due to enter the public domain on 1 January 2016, little did they know this would coincide with a time when Germany would find itself facing a rising tide of populism in the context of the refugee crisis. But even under quieter circumstances the initiative would have caused controversy.

Seventy years ago it fell to US occupying forces in Germany to decide what to do with the book, and they passed the copyright to the state government of Bavaria. Seeing as the recently deceased author had done nothing but damage to the region’s reputation, Bavaria might well have been determined to sit on its rights and see off any thoughts of republication even if there had been no fears of rekindling a Nazi ideology that had only recently been comprehensively routed. But republishing Mein Kampf at any time was bound to raise sensitive questions. Would it not lend prominence to a hate-filled 1,000-page tome that acted as a founding document for the crimes of Nazism? Might it not risk fuelling, even today, the twisted logic of Holocaust deniers or of anyone prone to be more fascinated than repelled by Hitler? Such qualms might have been justified had the text been reprinted in its blunt form, without any effort put into debunking its sick ramblings.

Yet that is not the case. Care, wisdom and admirable scholarship have all played a part in the creation of the two-volume Hitler, Mein Kampf: A Critical Edition, launched on 8 January by the Munich-based Institute for Contemporary History. It sets out to provide not just knowledge of what Hitler wrote, but a systematic dismantling of his manipulative theories and lies. And not just that: the book, now on sale in general bookshops in Germany for the first time since the war, details how Hitler’s prose of the 1920s (he wrote Mein Kampf while in prison) translated into concrete policy once he rose to power in 1933. This new publication is thus useful: it goes one step further towards demystifying the roots of the evil that unfolded. Exposure, not hiding, is the best way to neutralise the conspiratorial thinking and sinister fascination that can be aroused by a forbidden object.

Filed under Holocaust in the news, Knowledge entries, Other primary sources (not Yiddish)